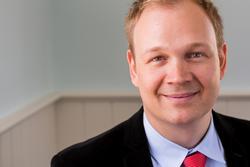 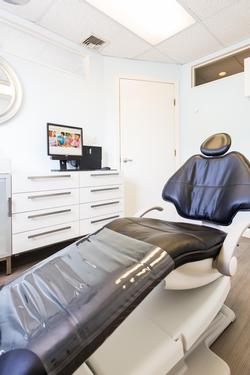 Review 1 by Blanche Stars: 5.0 on 2016-05-26 Link
Facilities:
Service:
Painless:
Results:
Cost:
Recently I had an emergency situation and was seen by Dr. Schrott right away even though it was a very busy time of year and with his schedule. He showed great compassion, knowledge, technical expertise, and did a wonderful job. I healed up well, all for which I am grateful. He is the son of a Dentist and at an early age worked in his father's office. The clinic is modern and immaculate and the staff was very caring. The secretary was extremely kind in encouraging me to get to the appointment and later took great pains to follow up on an insurance situation with a very good result. I couldn't have been happier with the experience and feel fortunate that we have such a fine Doctor in the area. by Blanche Belmont Ma.

Review 2 by AriaFrank Stars: 5.0 on 2015-06-09 Link
Facilities:
Service:
Painless:
Results:
Cost:
I could not have been more satisfied by the treatment I receive from Dr. Schrott and his team. I was able to get a next day appointment, for an emergency extraction just before Christmas, and then had an bone graft and implant procedure. The practice is clean, modern and fresh, I experienced literally zero wait time. All the staff is exemplary courteous and accommodating. Dr. Schrott explained in detail all the treatment options and time frame, expected outcome, financial implications, so that I could make an unpressured, educated decision how I wanted to procede. What I most appreciated about Dr. Schrott's work was his professional efficiency while keeping a calm and reassuring atmosphere during the surgery, and his commitment to his patient that was clear at follow phone calls. Pain management was great. I experienced absolutely no discomfort during the procedure, and post-surgery pain management was very easy. Follow up appointments were equally easy and fast and pleasant. I truly received outstanding services from Dr. Schrott and his team!

I know this doctor: 6months

Review 3 by Hami Stars: 5.0 on 2015-05-22 Link
Facilities:
Service:
Painless:
Results:
Cost:
I was somehow shocked, when my dentist told me, she needs to extract 2 teeth, that were hurting since months, as they can not be revitalized. Although I did not care too much about my mouth the last years, I hoped for better news. My dentist finally referred me to Dr. Schrott, as a Periodontist specialized in those cases, to extract both teeth and set implants. In two surgical sessions, Dr. Schrott extracted the bad teeth and put 2 implants. I had literally no pain at all and the whole procedure was highly professional and Dr. Schrott explained everything in detail and answered all my questions in dedication and took my fear from that procedure. Now I am happy again and no pain in my mouth, which is awesome!

About Front Desk: Always friendly and helpful. I like her!

About Hygienist: Very professionel and sensitive!

I know this doctor: 1 year

Review 4 by jessicaceleste Stars: 5.0 on 2015-02-21 Link
Facilities:
Service:
Painless:
Results:
Cost:
I had been delaying having an implant procedure for one of my canine teeth for years. When my bridge finally failed and could no longer be repaired/recemented, I decided it was time to move forward with an implant. Dr Schrott was very patient and clear when explaining the procedure and aftercare. He was especially attentive to pain control during the implant placement. I recommend Dr Schrott without reservation, especially if you are apprehensive about having periodontal or dental work done.

About Front Desk: The staff in the office were super helpful, reassuring and pleasant to talk to as well! :)

I know this doctor: 4 months

Review 5 by Oliver Stars: 5.0 on 2014-12-14 Link
Facilities:
Service:
Painless:
Results:
Cost:
I had a classical gummy smile, which means, when I smiled, my gum was too dominant and my teeth were not prominent enough. After 2 small surgeries, and without any pain at all, Dr. Schrott gave me confidence back in my smile. After years of shy reluctance I can proudly show my smile. Everybody loves it! Thanks again!

About Front Desk: Really friendly and helpful lady! Just rounds up the professional and caring character of this practice.

I know this doctor: 2 years

Review 6 by Smiling Patient Stars: 5.0 on 2014-12-03 Link
Facilities:
Service:
Painless:
Results:
Cost:
I first "met" Dr. Schrott by phone when my primary dentist judged a tooth to be beyond salvage. Though I was not yet his patient, Dr. Schrott took my call, set up an appointment and gave me his cell number, in case my tooth became urgent prior to my first appointment. Since that time I have had 3 implants by him, including an extraction and bone graft. Over this long period of treatment he was ever kindly, patient and skilled. My own dentist of decades, conservative and skilled himself, referred me to Dr. Schrott as a fine surgeon. As life goes on and I suspect I will need additional implants in the future, I feel fortunate to have him to treat me.

About Front Desk: Attentive, friendly and gets it right.

I know this doctor: over 2 years

Review 7 by Meg Stars: 5.0 on 2014-11-14 Link
Facilities:
Service:
Painless:
Results:
Cost:
I had a wisdom tooth that needed to come out and I heard of Dr. Schrott through a friend. I am very high anxiety when it comes to any dentists. After I met with Dr Schrott I was completely at ease. He was very informative and easy going. I had the tooth extracted and I was amazed how easy it was and the best part was no pain! I will highly recommend Dr Schrott to anyone!

About Front Desk: The staff is absolutely amazing!! Very friendly and so helpful!

I know this doctor: 1 year

Success! An email with reset instructions has been sent to your email address.

Are you sure you wish to cancel your review?

Add a dentist to compare